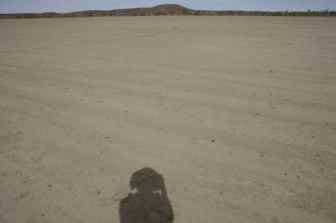 1. The line at which earth & sky appear to meet (Oxford Dictionary)

2. All receding parallel lines (floors, table tops, windows, streets) lead to a central vanishing point, located on the horizon line. This horizon line is an imaginary line drawn across the picture plane at the viewer’s eye-level. (A. Cole: Perspective)

3.  Apparent, Sensible, Visible Horizon: a circle where the earth’s surface touches a cone where vertex is at observer’s eye. (Oxford Dictionary)

4. Celestial, Rational, True Horizon:great circle of the celestial sphere, plane of which passes through the centre of the earth and is parallel to that of apparent horizon of a place. (Oxford Dictionary)

6. On the horizon (an event) is just imminent or becoming apparent. (Oxford Dictionary)

7. Geological stratum, or set of strata or layer of soil, with particular characteristics; level at which particular archaeological remains is found. (Oxford Dictionary)

1. In linear perspective, the viewer is imagined as standing on the ground plane in a fixed position, with the picture plane directly in front. This picture plane is like a large window, through which rays of light pass. As the light rays reflect from an object to the viewer’s eye, the rays can be plotted onto the picture plane, to form a scale image.

2. Perspective depends on assuming a fixed viewpoint of the viewer and is directly related to the horizon line of the picture.

i) Normal Viewpoint: When a viewer is standing on the ground plane, the horizon line is at head height.

ii) High Viewpoint: If a viewer is on a step-ladder, looking down at the same scene, the horizon line will still be at eye-level, but more of the ground will be visible.

iii) Low Viewpoint: If a viewer is lying on the ground (same scene), the horizon line will be lower down and less of the ground plane will be visible. (A. Cole: Perspective) 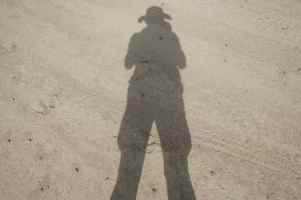 1. “It must have been cold there in my shadow, to never have sunlight on your face” (Wind Beneath My Wings, Bette Midler)

3. Beneath contempt – not worth despising (OxfordDictionary)

4. “I have always believed it is what’s underneath that counts”. (Celine Dion 2002, discussing how she could solve people’s obsession with image, if she sang in the nude…. and her audience naked too)

This site uses Akismet to reduce spam. Learn how your comment data is processed.